Sunder Pichai also revealed stat that 100 billion users check their Android devices in a day. Few more stats about Android users made me surprised. 90 million selfies are taken in a day and 20 billion texts are exchanged in a day among Android device users.

Last year, 46 percent of the tablets from the globe were running on Android OS. In the year 2014 62 percent world market of tablets runs on Android devices.

Daily 300 Million users are accessing the web via Chrome on their smartphone. The count of Google Play store growth is also impressive. The App installs count is increased by 236 percent year over the year.

So, are you users from this 1 Billion users and taking selfie a day, exchanging text and downloading apps from Google Play Store? If yes, then make yourself aware that Google is watching you… 🙂 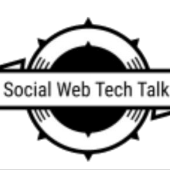